Santos Narrabri ‪Operations Manager Kym Bailey has retired after an impressive 36 year career in the ‪oil and gas industry.

Kym who has been with Santos for 33 of those 36 years, has worked all over the country including in the Cooper Basin and Moomba.

His extensive experience tells him the Santos Narrabri ‪‎Gas Project provides “one of the most exciting opportunities” for the industry.

“It is the start of something that can be a major industry, not just for Narrabri and the region, but for ‪‎NSW, employing many thousands of people and providing the ‪‎opportunities for the area,” he said.

Kym has spoken to the Narrabri Courier about the highlights from his career. Click here to read about his story.

Have a look at the photos from Kym’s earlier years. It’s clear how much safety standards have improved in the industry!

Kym during his early days in the Cooper Basin 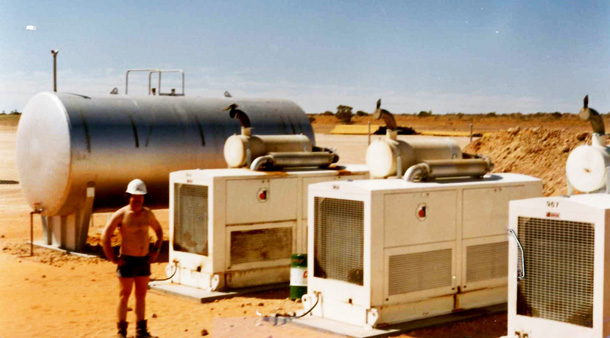 Kym who has been working in Narrabri for more than three years, has handed the reins over to Superintendent Narrabri Operations Todd Dunn.